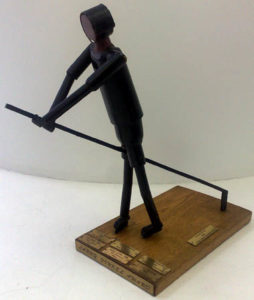 "The most famous hockey trophy in Asia"

Named after Larry Finkel, who played hockey in Beijing in the late 1990's, Larry was famous for his first three strides away from the bench, and then a amazing glide for the next 5-minutes.

This trophy is awarded only on tour - and only for spectacular plays on or off of the ice that have helped create the legend of Beijing Hockey. Errant shots, passes, police, alcohol and soldiers have been involved. 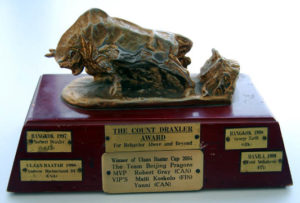 Awarded to the player that best displays "Behavior Above and Beyond"

Named after Norbert Draxler, whom we made a "Count" after he got a tattoo of a maple leaf in an effort to persuade Canadian immigration officials during the 1997 Bangkok Tournament. Below is the honour roll of those from Beijing Hockey who made touring more than worth the price of airfare. They are always welcome back!